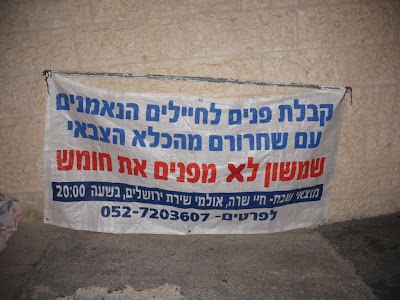 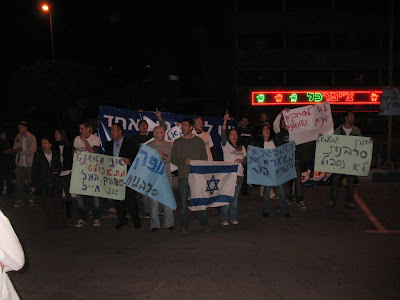 The crowd itself was interesting. It was a mix of Kachniks, Chabadniks, and Chardalim (although not of the mamlachti type). Moshe Feiglin was also there.
Posted by Cosmic X at 5:59 PM

in the vanguard said...

G-d bless these brave soldiers! They swore to defend their country against her enemies, not against her own people.

You have a great blog here. I just found it, but I like it a lot. I write for a site that's similar to yours, DEBATEitOUT.com. It is the largest online debating website on the Internet today. I think you would provide some valuable input to the readers and other debaters.

I also would like to exchange links with you to help spread some traffic around. If you would like to, please leave a comment under our "Compadres" stating that you have placed our link up so that we could find your comment easily and do the same.

Good work on your writings so far.