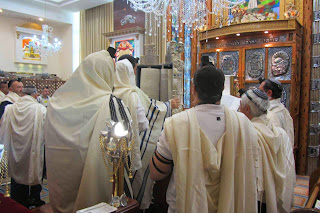 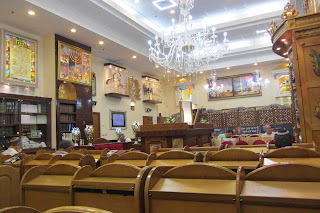 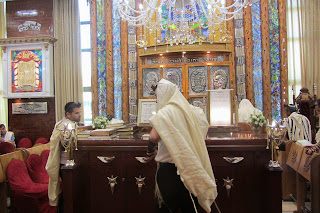 I had a similar experience at the Club Hotel in Eilat.
I was staying at a different hotel nearby, but was told to go to the Club hotel to find a minyan, and sure enough the Beit Knesset in that hotel, although not as large as the one in your photo, is an active beit knesset with minyanim 3 times a day.

The Beit Knesset serves not only hotel guests, but also staff and residents in the area, so there is a guaranteed minyan even if none of the hotel guests show up.

I wish I knew about godaven.com. What a fantastic site! Thanks for sharing it.