Last night Jerusalem mayoral candidate Meir Porush had an "eye-level meeting" with residents of Giv'at Shaul at the Noam School. The purpose of the meeting was to enlist the support of the National Religious public for his candidacy.

A flier was available containing letters from Rabbis Dov Lior, Elyakim Levanon, and Yisrael Rosen is support of Porush.

Here's an exclusive Cosmic X picture from the meeting: 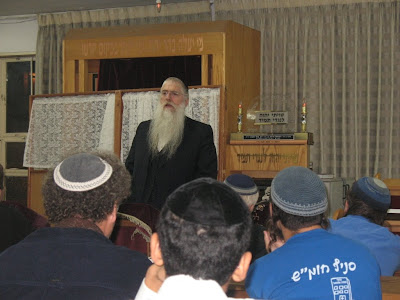