The View From The Roof Of The Synagogue In Kfar Darom 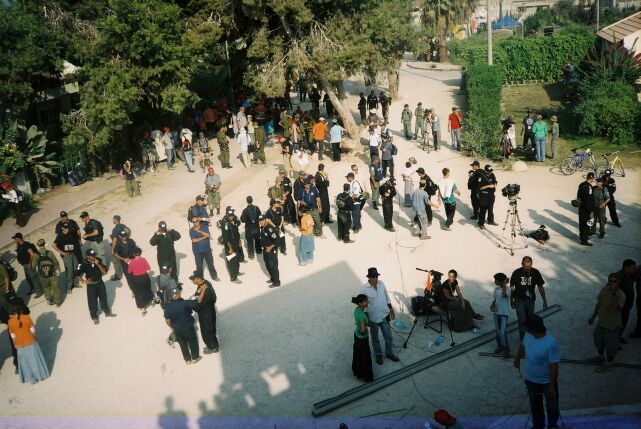 A little note about those black uniforms that the police wore: Black is not the ideal color to wear in the hot Israeli sun. Black, as is well known, absorbs heat. The temperature during the expulsion of the Jews from the Gaza Strip hovered at about 40 degrees Celsius (104 degrees Fahrenheit).

A doctor who was in Gush Katif during the expulsion told me the following story: A policeman was brought by his colleagues to the clinic, apparently dehydrated. The doctor gave him an infusion and told the other policemen to wait outside. When they left, he asked his patient, "Why in the world are you wearing black in this kind of heat?"

Update: See recent pics of Atzmona at Out of Step Jew.
Posted by Cosmic X at 10:09 AM

In fact he was saying that the health of the police is secondary to depressing the citizens as much as possible.
Horrifying.