It's amazing that I had to enter my late forties to learn this marvelous trick. Did you ever want to get rid of a common house fly, but you did not have a fly swatter handy? I just learned from one of my coworkers a fantastic method for killing those annoying pests.

If you try swatting the fly with your hand or any other solid object you will probably miss. The fly feels the wind created by you hand and takes off for greener pastures, only to come back to a few seconds later to continue bothering you. What you need to do is clap your hands about three inches above the fly. The fly feels the wind coming from both directions, so he flies straight up just in time to be zapped by your hands. The winged, compound eyed nuisance gets stunned and falls to the ground. Then you can finish him off and throw him away. Try it, it really works!

Since we are on the subject of flies I'll mention some of my childhood memories in suburban New Jersey. When I was young in the 1960s/1970s we used to throw our garbage out into a few galvanized steel garbage cans that were in our backyard. The garbage truck used to come to collect the garbage once a week. It was my job the night before the collection to carry the garbage cans from the backyard to the strip of grass that was between the sidewalk and the street. The sanitation workers, who we used to call "garbage men", would empty out the contents of the garbage cans into the garbage truck. Sometimes the garbage was stuck inside the cans, and they would bang the cans on the truck until the garbage came out. This of course would bend the cans out of shape in a way that made it impossible to seal the cans with their lids.

This of course was a blessing for the flies. Since the garbage cans could not be covered properly, my favorite insects had and excellent opportunity to enjoy our leftovers. These leftovers were often became a fly nursery, especially if I forgot to bring the garbage cans to the front of the house the night before the collection. This gave the garbage had an extra week to "ferment". I was often greeted by little cute white maggots after opening such a garbage can.

I don't remember when almost everyone replaced the metal garbage cans with green, plastic ones. They were lighter, and they did not bend out of shape. They would eventually crack. I think that they also started collecting the garbage twice a week. After that the maggots would appear less frequently.

Aren't you glad that I shared this with you?
Posted by Cosmic X at 5:36 PM 3 comments:

As Kiryat Malachi joins the lists of towns hit by rockets launched by Arabs terrorists in the Gaza Strip, it is interesting to note that there is a particular word that the Israeli MSM refuses to mention with connection to the current situation.

Do you remember the disengagement plan? Here's a reminder:

Ariel Sharon, look what you have done! Security? Quality of life? If only you could see the disaster that you caused!
Posted by Cosmic X at 5:51 PM No comments: 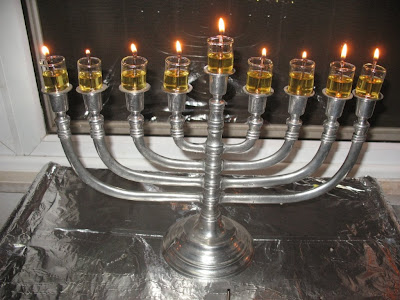 There are a million things to write about. I just don't have the time. If you want to know what's going on check out Jameel and Dave who are liveblogging the war. I just hope that they don't send in ground troops. It is not good to die for Olmert, Livni, Barak or Abu Mazen. On the other hand, if the government wants to drive the Arabs out of the Gaza Strip and return this part of the land of Israel to its rightful owners, the nation of Israel, I'm all for it.
Posted by Cosmic X at 5:39 PM 1 comment:

Another pic from the Menorah exhibition at Talmud Torah Morasha: 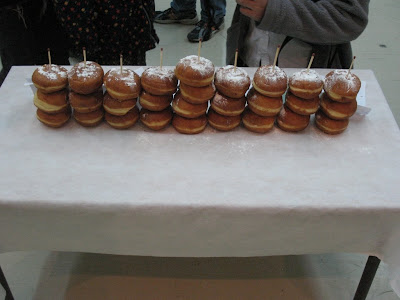 Pollard Must Be Freed!

Email ThisBlogThis!Share to TwitterShare to FacebookShare to Pinterest
Labels: KCC 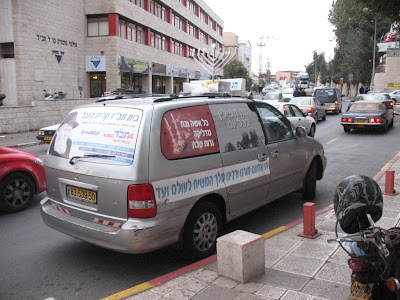 This pic is from yesterday's Menorah exhibition at Talmud Torah Morasha: 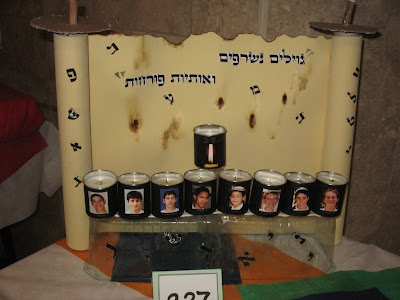 The younger generation has not forgotten. This pic is from tonight's Menorah exhibition at Talmud Torah Morasha: 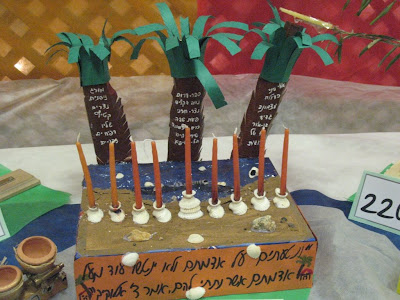 What's Wrong With This Picture? 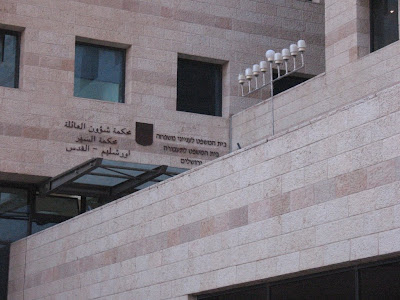 Update: Read this post to find out the answer. 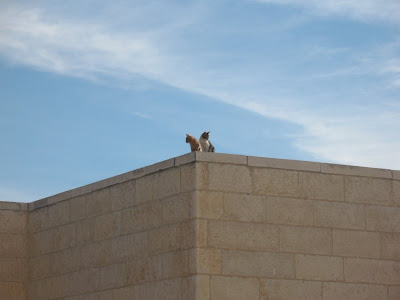 Cats have always fascinated me. Incredibly agile, aloof and aristocratic. When I was a child my best friend had a few pet cats. We played with them petted them, did experiments with them. One of the things that we checked is that if you drop a cat it always lands on its feet. They are amazing creatures.

Jerusalem is full of cats. For some reason Jerusalemites use the female "hatula", when referring to cats, and not the male hatul which the rest of the country uses.

These cats got into trouble by getting stuck on the roof of a tall building. 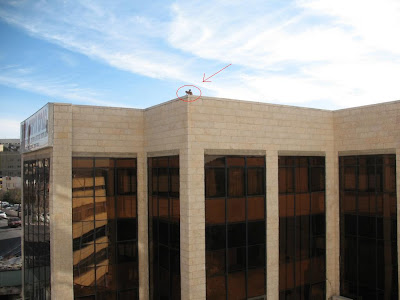 My World by the Tracks

Peace Now to Pay and Apologize for Maligning Town

Today I ran the half marathon

Will I ever publish anything?

Some links in the meantime:

I haven't been blogging much lately. It's not that there isn't what to blog about - I just don't have time.

How Dry I Am

Where's the rain? We really need rain in Israel this year. The past few years have not been good ones in terms of rainfall. So far this year has been pretty dry. "And thy heaven that is over thy head shall be brass, and the earth that is under thee shall be iron (Deuteronomy 28:23)." I can't help but feel that we are under that curse. Of course this means that we have to do some real Teshuvah.
Posted by Cosmic X at 6:33 PM No comments:

I've been much to busy to blog this week. However I have to express my disgust with the Israeli Government and Judicial System for the great injustice inflicted on the residents and the true owners of the Peace House in Hebron. Here's a pic of the house that I took before the expulsion: 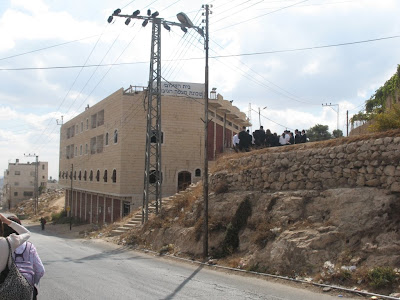 Olmert, Barak, Livni and all those that took part in the expulsion are just deepening their abode in hell.
Posted by Cosmic X at 5:35 PM No comments: