OBERGEFELL v. HODGES and Causing the Masses to Sin

Rabbi Yechiel Michel Tukachinsky zt"l, in his Luach Eretz Yisrael, mentions that before Yom Kippur one should check that he does not have one of the 24 things that hold back teshuvah. These things are listed by Maimonides in his Laws of Teshuvah, Chapter 4:

There are 24 deeds which hold back Teshuvah: Four are the commission of severe sins. God will not grant the person who commits such deeds to repent because of the gravity of his transgressions.

What are these four things out of the 24 that are so severe that God will give the transgressor the opportunity to repent?

1) One who causes the masses to sin, included in this category is one who holds back the many from performing a positive command;

2) One who leads his colleague astray from the path of good to that of bad; for example, one who proselytizes or serves as a missionary [for idol worship];

3) One who sees his son becoming associated with evil influences and refrains from rebuking him. Since his son is under his authority, were he to rebuke him, he would have separated himself [from these influences]. Hence, [by refraining from admonishing him, it is considered] as if he caused him to sin.

Included in this sin are also all those who have the potential to rebuke others, whether an individual or a group, and refrain from doing so, leaving them to their shortcomings.

Rabbi Tukachinsky's advice was directed at the individual that he should check himself, indeed the entire idea of learning ethics is how to learn to apply them to one's self. However, I could not help but think of the SCOTUS when I read the first item:"One who causes the masses to sin..."Their decision in the OBERGEFELL v. HODGES case seems to be a classic case of causing the masses to sin, as I explained here. There I also expressed my dismay that all three Jews sitting in the Supreme Court supported the SCOTUS's scandalous decision.

Unfortunately there were also other groups, that claim to have a connection with Judaism or the Jewish People, which also pushed for this decision, and filed a "brief". They should be ashamed, but they are not. Even if they believe that the Constitution guarentees the right for such unions, they should have shown that their first allegiance is to the God of Israel. And if they could not bring themselves to actively oppose this breach in morals, they certainly did not have to actively support it. I am listing the Jewish organizations in that brief here:

BEND THE ARC: A JEWISH PARTNERSHIP FOR JUSTICE

THE NATIONAL COUNCIL OF JEWISH WOMEN

It's in English! G'mar Chatimah Tovah!
Posted by Cosmic X at 5:27 PM No comments: 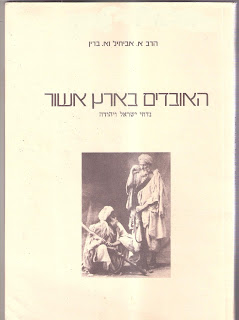 Read this semi-prophetic dvar-Torah that Rabbi Kook gave in the Hurva Synagogue.

And now for something completely different:
Posted by Cosmic X at 11:00 PM No comments: