Conquering the Land of Israel and "Pikuach Nefesh"

An excellent explanation of a very important subject:
Posted by Cosmic X at 10:08 PM No comments:

"Anarchists Against the Wall" Exposed!

Here is another great exposé from "Ad Kan". Among other things, clip shows how "Anarchists Against the Wall" incite and facilitate violence against Israeli soldiers. Press the settings icon (looks like a gear) on the lower right hand side of the YouTube screen to turn the English captions on:
Posted by Cosmic X at 9:23 PM No comments:

In light of the central role played by politicized NGOs in public discourse regarding human rights, NGO Monitor published this week a database (available online) that provides opinion shapers and the public with an easily-accessible tool. The resource can inform the debate around legislation or funding mechanisms, such as the guidelines proposed by NGO Monitor to Israeli and European decision makers.

"The information in this database is crucial for the advancement of democratic transparency and accountability," Professor Gerald Steinberg said. "Clearly Israelis are attentive to grants given by foreign governments to political NGOs. Accurate data on this issue is important, but in recent weeks rumors and misinformation have dominated the public discourse. This resource provides the facts and figures currently missing from the discussion. The data provided can inform the debate over funding guidelines, and make it more accurate."

I played around a little bit with this online resource. This is what is has to say about "Peace Now"'s contributors for the year 2014(click to enlarge):

But seriously, the interference of these governments in Israel's internal affairs is quite disturbing. They are clearly hiding behind an Israeli NGO.

Talia Sasson, the Board President of the notorious and nefarious the New Israel Fund, puts on a totally shrill performance in a debate with MK Anat Berko. Among the other crazy things that she articulated, Sasson thinks that a private citizen is more dangerous than a State, because a State is committed to values! Yes, she really did say that!:
Posted by Cosmic X at 6:05 PM No comments: 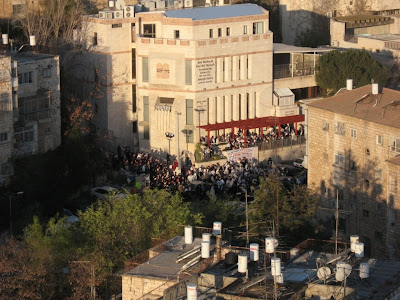 This is a slam dunk! Looking forward to more exposés from Ad Kan.

Shmuel Rada, Father of Tair, Passes Away One Day After the Dedication of a Synagogue in Her Name

Shmuel Rada, the bereaved father of Tair Rada who was murdered in 2006 at the age of 13 at her school in Katzrin on the Golan Heights, passed away on Friday after an extended battle with cancer.

Rada passed away just one day after attending the dedication of a synagogue in his daughter's honor in Katzrin. The synagogue was named "Tair Shevet Achim" (Tair dwells amongst her people), a name that her father came up with two years ago.

The bereaved father was allowed to leave Poriya Hospital in Tiberias to take part in the dedication, which he was brought to by Magen David Adom's "wishing ambulance."

"I'm happy that I succeeded in realizing my dream ever since the murder - to establish a 'miniature Holy Temple' in memory of Tair," he said during the visit.

"I made efforts for this moment, it isn't easy. It's a Yemenite synagogue but it is for all of the nation of Israel," emphasized the father, calling on Jews "to come from all ends of the rainbow to pray here in this synagogue for all."

Rada's funeral will take place at 2:30 p.m. in Katzrin's cemetery.

Here is a report of the dedication of the synagogue:
Posted by Cosmic X at 1:11 PM No comments:

Books About Lehi in English: Online!

In my last post I lamented about the lack of information about the Lehi, a.k.a. the Freedom Fighters of Israel a.k.a. The Stern Gang. Today, I discovered that their web site has a digital library. Fantastic! What's more, there are even books in English! These are the titles available at this time:

Lechi Fighters For The Freedom Of Israel

Stern: The Man and His Gang

Read up and learn about these brave men!

I just finished the book Chayalim Almonim (Anonymous Soldiers) by Yaakov Banai. The book tells the story of the Lehi , the Freedom Fighters of Israel underground movement.

Unfortunately, their story is seldom told. Often when it is told, it is by their enemies, who distort events and do not provide much needed context. It is important to hear the history of Lehi from the perspective of its members in order to understand it.

These people played a major role in bringing about the creation of the State of Israel. Thank you, Freedom Fighters of Israel. I appreciate it.