For the first time the Education Ministry is set to recognize haredi seminary final exams as Bagrut matriculation exams in every way. This means that any young woman who graduates from the independent education system’s haredi seminaries to become integrated in higher education institutions.

The decision is set to come into effect retroactively for any woman who has taken the exams in the last decade.

The Szold Exams - the haredi equivalent to Bagrut exams- are carried out by the Szold Institute. Some 4,500, a majority of seminary students take external exams in Hebrew, history, English, math and grammar. Data previously published by Ynet revealed that 90% of the girls pass the exams successfully, yet until now, were not recognized as graduates by the Education Ministry.

The external testing system has been in use for 50 years, ever since haredi rabbis refused to allow their students to take the Bagrut exams. On Monday Education Minister Gideon Sa’ar announced the recommendations presented by officials within the ministry would be a accepted.

The recognition process will allow seminary graduates to complete the full Bagrut externally and according to ministry officials, will remove employment barriers.

“These are great tidings for thousands of haredi girls who study the core curriculum,” said Sa’ar. “It’s time to act in line with professional standards in order to remove barriers of furthering their education including and academic education and integration in the workforce.”

This is fantastic! Kol HaKavod to all involved!
Posted by Cosmic X at 9:56 PM No comments:

The jblog carnivals are still alive and kicking.

You can see the latest edition of jpix here.

The latest edition of Haveil Havalim can be found here.
Posted by Cosmic X at 9:50 PM No comments:

I Fear For Iran

I fear that the Iranian's will become victims of their own nuclear reactors and/or bombs. We've already seen in Chernobyl how a city can be devastated by its own nuclear facilities.
Now that it's Purim it is interesting to take a look at the Book of Esther:

Then said Zeresh his wife and all his friends unto him: 'Let a gallows be made of fifty cubits high, and in the morning speak thou unto the king that Mordechai may be hanged thereon; then go thou in merrily with the king unto the banquet.' And the thing pleased Haman; and he caused the gallows to be made.

Ahmadinejad Haman planned to hang Mordechai on the gallows. But who hung on them in the end?

Then said Harbonah, one of the chamberlains that were before the king: 'Behold also, the gallows fifty cubits high, which Haman hath made for Mordechai, who spoke good for the king, standeth in the house of Haman.' And the king said: 'Hang him thereon.' So they hanged Haman on the gallows that he had prepared for Mordechai. Then was the king's wrath assuaged.

Then said Esther: 'If it please the king, let it be granted to the Jews that are in Shushan to do to-morrow also according unto this day's decree, and let Haman's ten sons be hanged upon the gallows.' And the king commanded it so to be done; and a decree was given out in Shushan; and they hanged Haman's ten sons.

From what I have heard, most Iranians are decent people. It is such a shame that they have this schnook as a President. I hope that they will not have to suffer because of him.
Posted by Cosmic X at 9:32 PM 1 comment:

President Shimon Peres formally asked US President Barack Obama to release Jonathan Pollard during their meeting at the White House on Sunday. Prime Minister Binyamin Netanyahu was also expected to request Pollard's release during his meeting with Obama on Monday, his office reported. Netanyahu officially asked Obama to commute Pollard's life sentence to time served in January 2011. Since then, Obama has not responded.

Peres did the right thing. What will Obama do?
Posted by Cosmic X at 9:40 PM No comments: 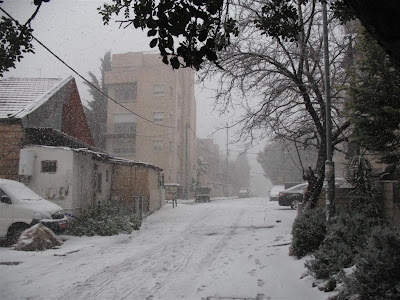 A broken umbrella...I've seen so many of those lately. 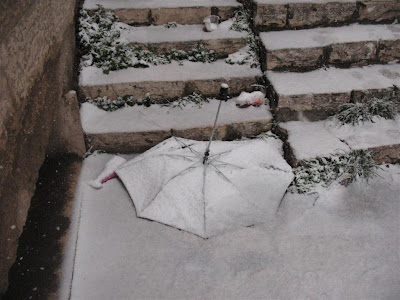 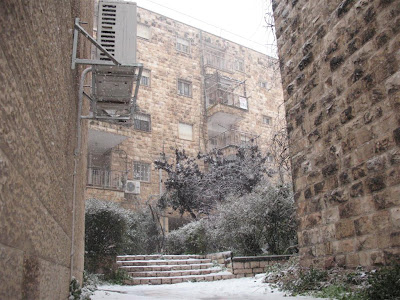 I wonder what those palm trees are thinking. As for the man with the umbrella, I am sure that he is having fun.: 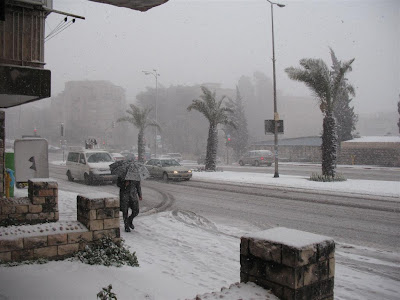