Getting ready for the real thing:
Posted by Cosmic X at 11:43 PM No comments:

The Lubavitcher Rebbe and Bibi Netanyahu

A Yellow-vented Bulbul in a Loquat Tree

Did you ever see a yellow-vented bulbul in a loquat tree? This bird is enjoying the holy fruit of the land of Israel. How about you? 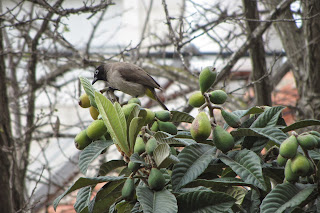 What seemed to be a lackluster election turned into an event that people are going to remember here for a long time. Netanyahu's victory, in spite of an incredibly hostile Israeli press and foreign intervention, was indeed remarkable.

As has widely been noted, this victory was at the expense of other right wing parties, particularly the Jewish Home party, which plummeted from 12 seats in the 19th Knesset to just 8 in the 20th. What has not been noted, is something much more important than the number of seats that a certain party holds. Bibi Netanyahu has adopted an important part of the Jewish Home platform, a very non-pc item which was unique only to the Jewish Home: an absolute "no" to an independent Arab State between the Jordan River and the Mediteranean Sea, what us known today as " a Palestinian State."

Indeed, much has changed since Netanyahu's speech at Bar Ilan University where he accepted the "two state solution." Netanyahu the pragmatist realizes that with militant Islam on the march and general instability here in the Middle East, combined with our sad experiences with the PA over the last 20 years, setting up a PA state would be an absolute folly.

There is no doubt in my mind that Naftali Bennett, by bravely stating his opposition to a Palestinian State for the past couple of years, in Israel and in television interviews abroad, paved the way for Netanyahu's change of heart. So in spite of the loss of Knessett seats, Bennett has chalked up a victory.

Thank God Soon the Elections Will Be Behind Us

There are only a few days left. We've been flooded with polls, text messages, surveys and opinion pieces. Soon it will all be over. Then the agonizing process of building a coaltion and government. Let's hope that it will be a good one.

And now for some exclusive Cosmic X pics! (Click to enlarge)

Yachad headquarters in Giv'at Shaul with piles of the first issue of their newspaper, "HaNe'eman". 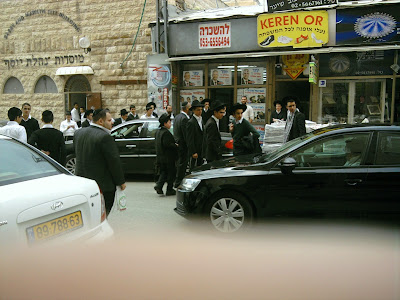 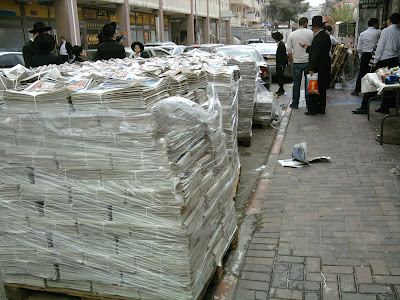 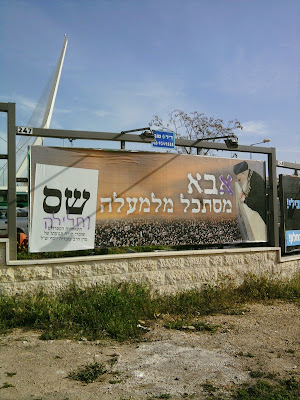 The defacers couldn't touch this one! 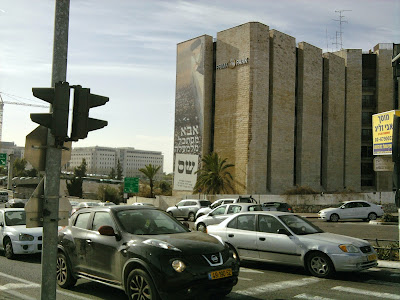 The Zionist Camp: Herzog is a responsible, deliberate leader. 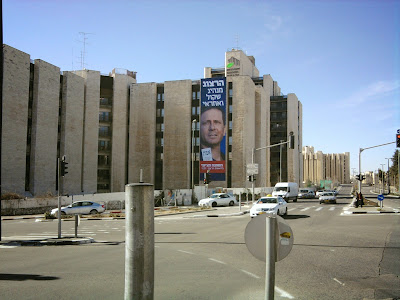 Kahlon for the Minister of Finance. 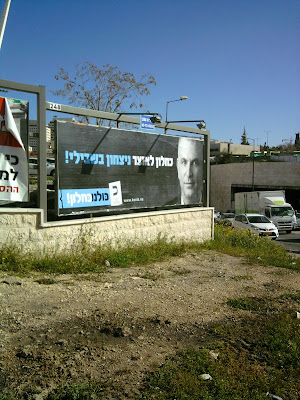 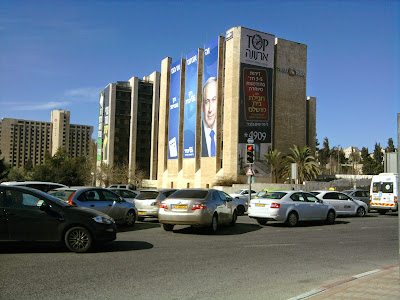 Email ThisBlogThis!Share to TwitterShare to FacebookShare to Pinterest
Labels: Israeli elections, Jerusalem, Netanyahu, Pics, Shas, Together - The Nation is With Us, Yitzhak Herzog

ICYMI: There was a very interesting article on Arutz 7 by Rabbi Eliezer Melamed entitled, Homosexuality: The Malady of Our Generation. I recommend reading the entire article. The article's closing paragraphs caught my attention in particular:

We must accept the commandments of the Torah, which determined that homosexual intercourse is strictly forbidden, and when we can, we must try to dissuade those who transgress this sin. Nonetheless, we must love even someone who fails to overcome his yetzer, and realize there is great value in every mitzvah he fulfills. And as long as he does not flaunt his homosexual inclination and is not defiant, we must bring him closer to the religious community, so he can become stronger in Torah and mitzvoth in whatever way he can.

Unfortunately, those suffering from this terrible malady have become ever increasingly flaunting and defiant. For some reason, they like to stalk the Facebook pages of Jewish Home candidates for the Knesset. If this continues, we'll soon see scenes like this: 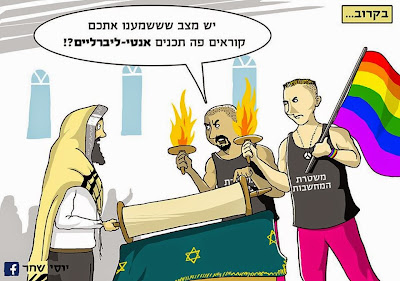 The cartoon reads, "Did we hear you reading here anti-liberal content?"

Email ThisBlogThis!Share to TwitterShare to FacebookShare to Pinterest
Labels: Netanyahu