Email ThisBlogThis!Share to TwitterShare to FacebookShare to Pinterest
Labels: UNRWA

Don't say that you were not told:

The truth is that the Arabs are "alien usurpers of the land" here in the land of Israel. Jews are the indigenous people here.

You just got to love the headline of this article on the CNN web site: Is Hamas using human shields in Gaza? The answer is complicated. The truth is, the answer is a simple, well documented, yes! So why is CNN having a hard time saying it? The answer, I suspect, is also quite simple.

It is the same reason that CNN hushed up the atrocities committed by Sadam Hussein, as admitted by none other than former CNN executive Eason Jordan way back in 2003:

Over the last dozen years I made 13 trips to Baghdad to lobby the government to keep CNN's Baghdad bureau open and to arrange interviews with Iraqi leaders. Each time I visited, I became more distressed by what I saw and heard -- awful things that could not be reported because doing so would have jeopardized the lives of Iraqis, particularly those on our Baghdad staff.

For example, in the mid-1990's one of our Iraqi cameramen was abducted. For weeks he was beaten and subjected to electroshock torture in the basement of a secret police headquarters because he refused to confirm the government's ludicrous suspicion that I was the Central Intelligence Agency's Iraq station chief. CNN had been in Baghdad long enough to know that telling the world about the torture of one of its employees would almost certainly have gotten him killed and put his family and co-workers at grave risk.

Working for a foreign news organization provided Iraqi citizens no protection. The secret police terrorized Iraqis working for international press services who were courageous enough to try to provide accurate reporting. Some vanished, never to be heard from again. Others disappeared and then surfaced later with whispered tales of being hauled off and tortured in unimaginable ways. Obviously, other news organizations were in the same bind we were when it came to reporting on their own workers.

Hamas is a terrorist organization, a group of violent thugs who do not value human life. Using "human shields" is only one item on the long list of atrocities that this evil organization is responsible for.

Eason Jordan closes his "mea culpa" with the following:

I felt awful having these stories bottled up inside me. Now that Saddam Hussein's regime is gone, I suspect we will hear many, many more gut-wrenching tales from Iraqis about the decades of torment. At last, these stories can be told freely.

The same will be said when we finally get rid of the Arab terrorists in Gaza, Judea and Samaria. All of those journalists who feared for their lives and therefore covered up the crimes of Fatah, Hamas and all the other terror organizations, whitewashing their activities and calling them "militants", will be free to tell the truth.
Posted by Cosmic X at 5:05 PM 1 comment:

They used to say that Beirut was the "Paris of the Middle East". It looks like today, Paris is the Gaza of Europe:
Posted by Cosmic X at 6:20 PM No comments:

Contributing to the War Effort

How can you contribute to Israel's war against the Hamas, if you are not a soldier?

2) Take upon yourself to learn more Torah and perform more mitzvot.

3) Donate blood. The soldiers and the nation need it. I gave blood today.

4) Be an internet warrior. Counter the anti-Israel propganda spread by Arabs and other Jew-haters on the internet. Here are some sites that can help you:

And of course there are many good blogs. Two which I find especially useful are The Elder of Zion and Israellycool.
Posted by Cosmic X at 7:20 PM No comments: 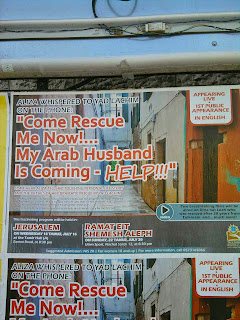 Talk about walking into the lion's den! This is a truly amazing presentation, historic in my opinion. The leftists in the crowd that tried to shout him down shot themselves in the foot by showing their anti-democratic nature. Enjoy.

Autz 7 reports the following in regard to the aftermath of the speech:

At the end of the speech, as Bennett got down off the stage, a group of roughly 20 to 30 youths tried to physically attack him. One of them succeeded in reaching him and punching him in the back.

Detection and Elimination of Arab Terrorists Today Near Zikim

Update: Here it is:

Here is the navy doing its part:

There was a lot of noise when Ari Shavit's book, My Promised Land: The Triumph and Tragedy of Israel, came out. It spent a total of six weeks on the New York Times' non-fiction bestseller list.

Is the book really "non-fiction"? To receive an answer, you must read Martin Kramer's article, What Happened at Lydda.

To make a long story short, it looks like Shavit was quick on the trigger to accuse Israel of a massacre that in all likelihood did not occur. Read the article!

It is hard not to see the similarities between Shavit's academic sloppiness/negligence/ineptitude and that of Teddy Katz. Katz claimed that a massacre occured in Tantura, and was sued for libel by the veterans of that battle. Katz lost the case. Unfortunately, the veteran's of the Lydda battle, heroes who fought so bravely for Israel's independence, are probably no longer living or just too old and fragile to sue Shavit. Too bad.

BTW, did I mention that Shavit is a Ha’aretz columnist and member of its editorial-board? Are you surprised?

For extra credit, read what Caroline Glick has to say about this.

It seems that I've written about Ari Shavit in the past. See Do Murderers Sit Shiva? Almost eight years have passed since I published that post and it is interesting to see it in a historical perspective.