Parshat Shlach: Of Men and Grasshoppers

This week's Torah portion deals with "the sin of the spies". Ten of the twelve spies that Moses sent to gather intelligence on the land of Canaan were not strong enough in the "faith" department.

"And the LORD said unto Moses: 'How long will this people despise Me? and how long will they not believe in Me, for all the signs which I have wrought among them?"

"And there we saw the Nephilim, the sons of Anak, who come of the Nephilim; and we were in our own sight as grasshoppers, and so we were in their sight."

Indeed, if a person thinks that he is small and of little worth, it is no wonder that others think of him in the same way.

I myself encountered a "spy" almost eight years ago, in the early days of this blog. To my great sorrow, back then the grasshoppers got their way and the Jews of the Gaza Strip and Northern Samaria were expelled from their homes. It was quite obvious even back then that nothing resembling peace would result from this crime. Now, eight years, thousands of missiles and a few wars later, I wonder if the guy from "Ohel Hidrabrut" has had second thoughts. After all of the suffering that the "disengagement" caused, I wonder if he has repented and become a man.

A Test for Yirat Shamayim (The Fear of Heaven)

I heard the following story from a well known rabbi here in Jerusalem recently:

When I was a young man and still a bachelor, I met a girl that I was really enthusiastic about. I was seriously considering marrying her. She was a religious girl, but a certain doubt was preventing me from popping the question: How do I know if she is truly God fearing?

I decided to consult my master and teacher, Rabbi Tzvi Yehudah HaKohen Kook zt"l. After presenting my question, he told me, "See what her attitude is regarding Torah scholars. This will give you a good indication as to whether she is truly a God fearing person."

Armed with this piece of advice I met this girl once again. I asked her, "What do you think of Rabbi X?"

"And what about Rabbi Y?" I continued.

"Rabbi Y? Such, a primitive person!"

Needless to say that this was the last time that we went out.

So there you have it! A good way to differentiate between one who is "religious" and one who truly fears God is to check how he/she relates to Torah scholars.
Posted by Cosmic X at 12:15 PM 1 comment:

The world has been abuzz ever since the Israeli Government released "The France 2 Al-Durrah Report, its Consequences and Implications".

If you really want to understand the Al-Dura affair, the best thing to do is to look at The AlDurah Project. Here the evidence is presented, different scenarios are examined, and one can draw his own informed conclusion.

My conclusion is that we are dealing with a very obvious fraud, Pallywood at its worst. If France 2 had a conscience, they would be ashamed of themselves.

Email ThisBlogThis!Share to TwitterShare to FacebookShare to Pinterest
Labels: MSM

I decided to search my archives and recycle some old posts. Here is what I found:

Is It Not Wheat Harvest Today?

Thoughts on Receiving the Torah

Weinergate, Shavuot and the Zohar

Email ThisBlogThis!Share to TwitterShare to FacebookShare to Pinterest
Labels: Shavuot 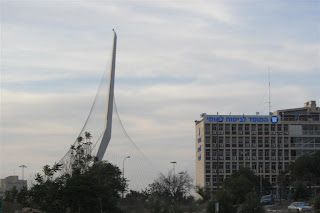 Aren't you glad that I shared that with you?

The Men Who Saved the World From the Nazis

Some of them are still alive. May they live until 120! You can see them here. Read what I wrote about them way back when here and here.
Posted by Cosmic X at 9:40 AM No comments:

Intermarriage is a red line that must not be crossed:

Dr. Hagai Ben-Artzi, a Bar Ilan University lecturer and brother in-law of Prime Minister Binyamin Netanyahu, slammed the government's plan to issue currency with the likeness of Hebrew poet Shaul Tchernichovsky. Turning Tchernichovsky into a “national icon” was a terrible idea and would set a bad example – because of his longtime marriage to a Christian woman, he explained.

Be sure to read the entire article. This part of the article was a revelation for me:

Ben-Artzi compared the issue with that of the struggle by Rabbi Avraham Yitzchak Hacohen Kook in the days before the establishment of the state to block the appointment of Max Nordau as the successor to Theodor Herzl to lead the World Zionist Congress. Nordau was married to a non-Jew who could not be converted. 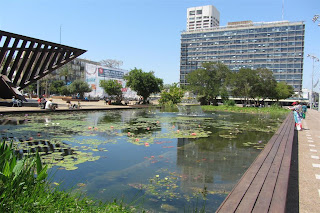 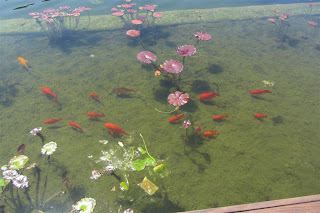 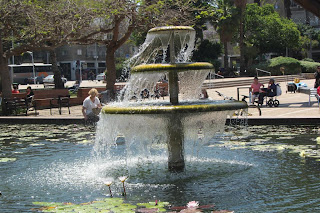 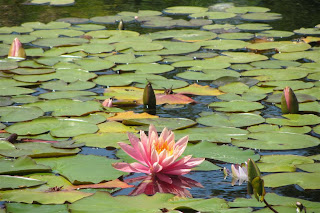