And thou shalt return and hearken to the voice of the LORD, and do all His commandments which I command thee this day. (Deuteronomy 30:8)
Posted by Cosmic X at 9:39 AM No comments:

Meanwhile, it has been revealed that one of the three terrorists killed in the early hours of this morning had been released in 2011, as part of the deal to free Gilad Shalit.

Another one of the casualties was also a known terrorist, according to the Israeli security service, Shin Bet.

Yunis Jahjouh, 22, was killed along with Rubeen Abed Fares and Jihad Aslan. He was 19 at the time of the "Shalit Deal," which saw more than 1,000 terrorists released from Israeli prisons.

Border Police had entered Kalandia to an individual for suspected terrorist activities. Over a thousand Palestinian Arabs started rioting, and throwing rocks and stones at the Israeli personnel.

The IDF force that was providing security for the arresting squad took action to extricate it, and when the forces felt actual danger to their lives, they opened fire at the attackers. The wanted man was arrested and taken to interrogation.

You can see a video of the Arabs rioting here.
Posted by Cosmic X at 10:56 PM 1 comment:

Teshuvah is the most healthy feeling of the soul. 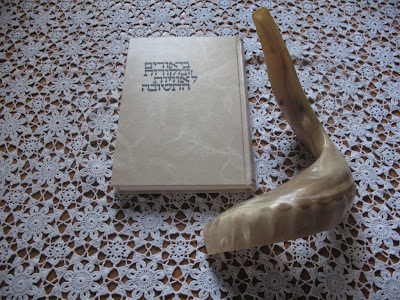 These pics were taken somewhere in Giv'at Shaul: 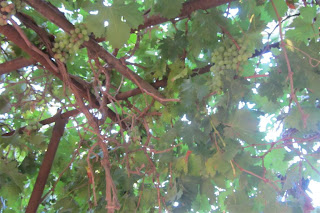 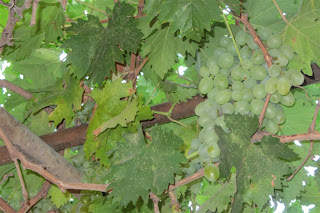 I could not help but think of this:

1 But in the end of days it shall come to pass, that the mountain of the LORD'S house shall be established as the top of the mountains, and it shall be exalted above the hills; and peoples shall flow unto it. 2 And many nations shall go and say: 'Come ye, and let us go up to the mountain of the LORD, and to the house of the God of Jacob; and He will teach us of His ways, and we will walk in His paths'; for out of Zion shall go forth the law, and the word of the LORD from Jerusalem. 3 And He shall judge between many peoples, and shall decide concerning mighty nations afar off; and they shall beat their swords into plowshares, and their spears into pruninghooks; nation shall not lift up sword against nation, neither shall they learn war any more. 4 But they shall sit every man under his vine and under his fig-tree; and none shall make them afraid; for the mouth of the LORD of hosts hath spoken. 5 For let all the peoples walk each one in the name of its god, but we will walk in the name of the LORD our God for ever and ever.

May it happen speedily, in our time, Amen.
Posted by Cosmic X at 5:50 PM No comments:

From the Ministry of Poor Translations 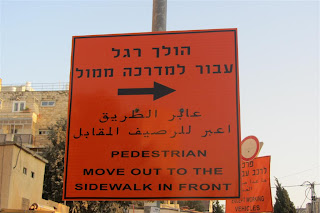 You do not have to know Hebrew in order to live in Israel, but it certainly helps.

It is a painful read. Especially since it seems to me that he is correct:

• Israel is the only country in the world ever to voluntarily expel its own citizens from chunks of its homeland in order to hand over the land to its enemies.

• It is the only country in the world ever to voluntarily destroy the homes and businesses of its own citizens, leaving them with shattered lives and broken promises.

• Israel is the only country in the world ever to voluntarily dig up and transport the graves of its dead so that the land could be turned over to its enemies.

The State of Israel also holds unenviable world records for betraying those who serve the state, including the following:

• Israel is the only country in the world to restrain its military from rescuing a wounded soldier, for fear of provoking the enemy and risking its approval ratings with the world. The soldier, injured by enemy gunfire at a Jewish holy site, slowly bled to death needlessly while the IDF stood by and watched.

• Israel also remains the only country in the world ever to voluntarily cooperate in the prosecution of its own intelligence agent, refusing him sanctuary, turning over the documents to incriminate him, denying that the state knew him, and then allowing him to rot in a foreign prison for decades on end, cravenly forgoing its right to simple justice for the nation and for the agent.

Read the entire article!
Posted by Cosmic X at 8:36 AM No comments:

The Sea of Galilee

I was at the Sea of Galilee, or the Kinneret in Hebrew: 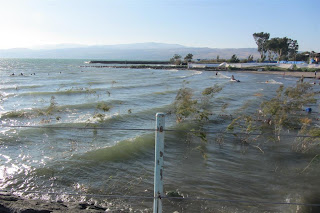 The picture (click on it to enlarge) here is of the Kinar Beach, on the northeastern side of the Kinneret. Kinar Beach is actually two different beaches, one for men and one for women. The trees in the water took root there when the water level was low.

The waves were surprisingly high when I was there, almost as if I was in the Mediterranean Sea.

Email ThisBlogThis!Share to TwitterShare to FacebookShare to Pinterest
Labels: Kinneret, Land of Israel

Rav Yitzchak Yosef on "The Importance of Learning Halacha"

Get to know the new Rishon LeTzion. I actually listened to the entire thing!
Posted by Cosmic X at 10:46 AM 2 comments: