Evidence of the Last Battle of Jerusalem from 2,000 Years Ago

Wow, I have not seen these excavations yet!
Posted by Cosmic X at 9:49 AM No comments:

Email ThisBlogThis!Share to TwitterShare to FacebookShare to Pinterest
Labels: Jerusalem

The Six Day War: An Event of Biblical Proportions

Wow! It's been 50 years since the day when Israeli troops liberated Jerusalem. Among other things, that means that I am getting old!

Much has been written and said about the Six Day War. One aspect of that war, which I believe is not stressed enough, is that we are dealing with an event of Biblical proportions. Something "really huge", as President Donald Trump might say.

Although prophecy has temporarily disappeared from the Nation of Israel, Divine Providence's guiding hand has not. In fact, through the annals of the Jewish People, the Creator of the world is revealed. "Remember the days of old, consider the years of many generations; ask thy father, and he will declare unto thee, thine elders, and they will tell thee" (Deuteronomy 32:7). It's a mitzvah to learn Jewish history. Doing so increases one's understanding of the Divine.

History is being made here in the Land of Israel. One can sit back in his armchair and watch it on the screen, or one can be part of it.

Today an Israeli hero was laid to rest. Shulamit Kishik-Cohen z"l, after a long and blessed life of almost 100 years, was buried in the soil of Jerusalem which she loved. Here's a little about this most remarkable woman:

Shulamit Cohen (b. 1920) was born in Argentina and raised in Jerusalem with her twelve brothers and sisters. Her father was from a wealthy Egyptian-Jewish merchant family, and her mother was the daughter of a prominent rabbi in Jerusalem. In 1936, the family experienced severe financial strain, and Shulamit’s father arranged her to marry Joseph Kishak-Cohen, a wealthy businessman from Beirut. Shula moved to Lebanon, and had five kids by the time she was 24. One day in 1947, she overheard people discussing military activities against Israel. Shula recorded the information in a letter to the Haganah, which was fighting for a Jewish state in Israel, addressing it to her brother in Jerusalem. Five weeks later, an agent of the Haganah’s secret service contacted her. For the next 14 years, Shula worked as an Israeli spy in Lebanon. Her work consisted of two major goals. The first was to gather intelligence about Arab military activities, which she was able to do by getting herself into Lebanon’s high society, including the home of the prime minister, who considered her like one of his own daughters. The second was to help smuggle Jewish families fleeing persecution in the Arab world, particularly from Syria. Over the years, she helped countless families find safe passage to Israel. Shula communicated with the secret service using invisible ink, under the code name “Pearl”. She was first caught for smuggling in 1952. Pregnant at the time, Shula was taken to jail just three weeks after giving birth, and spent 36 days in confinement. She continued her clandestine activities for another 9 years before things got too dangerous and she moved to Rome for three months. Upon her return in 1961, she was immediately arrested for espionage. The trial went on for several months during which she was brutally tortured. She was initially sentenced to death by hanging, but the verdict was softened because she was a mother of seven. Her sentence was reduced to 20 years of hard labour. During the Six-Day War in 1967, Israel captured Lebanese citizens, and used them in a prisoner exchange for Shula and a captured Israeli pilot. Shula has lived in Israel ever since, and still volunteers at schools and IDF bases, despite her advanced age. Two of her sons have high-ranking roles in the Israeli government. A book about her story has been published, called “Shula: Code Name The Pearl”.

I had the privilege of attending the funeral. May her soul be bound in the bundle of life, and may her family be comforted with the builing of Zion. 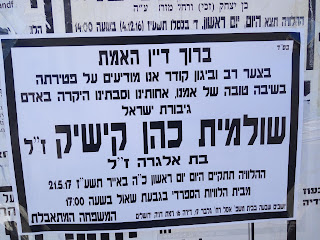 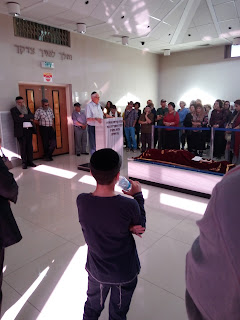 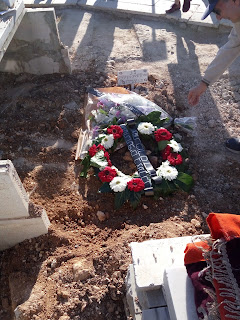 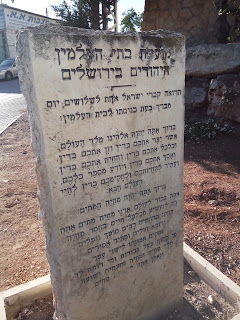