On July 31, 2015 a house in Duma, an Arab village in Samaria, was firebombed by unknown persons, and a child and his parents were tragically killed. The entire gamut of Israel’s “Who’s Who” condemned the unknown persons, whom they labeled “Jewish Terrorists” because of questionable grafiti in Hebrew.

The condemnation was not enough to satisfy the New York Times, which quickly published an article titled, “Israeli Justice in West Bank Is Seen as Often Uneven.” This was picked up by all the foreign media and our government was pressured into taking hasty, precipitate action.

Among those arrested was my grandson, Meir Ettinger, named for his late grandfather, Rabbi Meir Kahane, who had a reputation for promoting unpopular opinions. He was the perfect scapegoat. He was arrested on August 3 and interrogated using illegal physical force, including punching and shaking him. On Sunday, August 9, he was taken before a judge to extend his arrest, but the court hearing he should have had was cut short by the arrival of an administrative detention order straight from Minister of Defense Moshe Yaalon.

Read the rest.
Posted by Cosmic X at 6:55 PM No comments:

Menachem Begin Talks About the Sabbath

There was never a nation like this. Craftsmen, sandlers, tailors, wagon drivers. Sabbath! The man was a king, a king! The children around the table. The queen, Sabbath. Come bride, come bride. Every Jew a king. In the city there is not traffic, nothing moves. No wagon, absolute quiet. The gentiles also honor the Sabbath. In Saloniki the port was closed because all of its workers were Jews.

Why Was William Booth Detained?

The Times of Israel reported:

Arutz 7 reported the same story in the following way:

William Booth, the Jerusalem bureau chief for the Washington Post, was arrested at the Damascus Gate today (Tuesday), on suspicion of incitement.

Police claim that Booth paid local Arabs money in order to cause provocations.

I've never heard of this journalist before but I found this by googling him:

The Washington Post suspended Mexico bureau chief William Booth on Thursday after he admitted to plagiarizing four sentences from an academic journal, an individual with knowledge of the situation told TheWrap.

In a story about the expansion of the Panama Canal, Booth took lines from the journal Environmental Health Perspectives, an ethical breach he called a "very serious lapse" but said in a public apology, released by the Post, that it was accidental.

"I am so sorry for what I did. It was a very serious lapse," Booth said in the statement. "This was not intentional. It was an inadvertent and sloppy mistake.

"I also want to apologize to my editors and colleagues, and especially to the readers of the Washington Post, for my failure to measure up," he said. "I hope to regain your trust. I will work hard to do that."

Hmmm. If what the Israeli police suspect him of is true, one may ask: Is paying people to riot some kind of way to gain my trust?

Here are two more versions of the story:

According to another reporter at the scene, the two were detained on grounds of incitement and taken to a police station for questioning after about an hour delay.

Booth has since been released. Jerusalem Police have not yet issued a statement on the incident..

Williams was brought in for questioning after a civilian bystander complained to police about the reporter, accusing him of incitement.

According to the police spokesperson, a civilian reported to police that journalists at site were offering money to Palestinian youth to make disturbances.

It will be interesting to see how this story develops.

The Washington Post's bureau chief in Jerusalem says he was briefly detained by Israeli border police while reporting in east Jerusalem.

William Booth says he was interviewing Palestinians at Damascus Gate, an entrance to Jerusalem's Old City, when he and his translator were arrested Tuesday. The area has been the scene of violence in recent days.

Booth says after presenting government-issued press cards to an officer, he and his colleague were taken to a police station and held for half an hour before they were released. He says an officer told them they had been suspected of "incitement."

Police spokesman Micky Rosenfeld says the journalists were questioned in connection to an unspecified "incident" and quickly released after it was clear they were not involved.

Putting two and two together, William Booth's translator is an employee of the Association for Civil Rights! Do I smell agenda driven journalism?

Update: William Booth and the Washington Post were taken to task by CAMERA just last month.

Disconnected: a Look Back on the "Disengagement"

Israel's channel 20 has a series about the "disengagement", that is to say the destruction of the Jewish towns in the Gaza Strip and Northern Samaria and the expulsion of their residents. It is in Hebrew and you can see the first chapter by clicking here. For me, watching this was very, very painful. It brought back all of the bad memories of what happened ten years ago.
Posted by Cosmic X at 8:41 PM No comments: 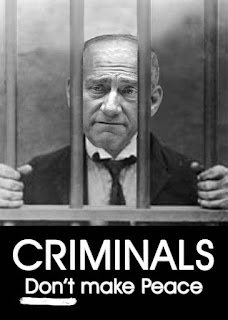 The Status of the Mitzvah to Settle the Land of Israel

The Essential Return to Holiness

What if the Jews had listened to those who called to immigrate to the Land of Israel?
Posted by Cosmic X at 8:09 PM No comments:

In honor of the founder of the Lehi, Avraham Stern, whose yahrzeit was yesterday:
Posted by Cosmic X at 10:42 AM No comments:

Mazal Tov to Rav Melamed on this great milestone. It is a great privilege of mine to be a student of his way back when before he was so renowned.

BTW, the series is available online! This is an incredible, searchable resource, and IMHO a great Kiddush Hashem!

Does the officer deserve an indictment, an award, or both?:

An indictment was submitted Wednesday to the Jerusalem Magistrate's Court by the state attorney's department for the investigation of officers, charging Border Police officer Matan Amichai with harming privacy and misusing his post.

The accusations against Amichai refer to an incident half-a-year ago, when during a routine mission to identify crimes adjacent to the Shiloach (Silwan) neighborhood just south of Jerusalem's Old City a Border Police force checked a car in which two Arab residents of Silwan were riding with two Jewish girls.

Amichai, who was part of the Border Police force, is accused of taking the teudat zehut (ID card) of one of the Jewish girls and photographing it with his cell phone.

Later he sent the image through the WhatsApp phone application to former MK Dr. Michael Ben-Ari, with the words: "the ID card of a girl who went with two Arabs and her friend to Eilat, the two are from Silwan, Michael if you can pass this to the proper sources please do. We are Magavnikim (Border Police officers - ed.) from Silwan, please save this anonymously. I wanted to cry now."

He also sent the image to Bentzi Gopshtain, director of the Lehava anti-assimilation organization.

"We members of the Border Police of Silwan stopped a car next to Silwan and saw two Arabs going with two Jewish girls to Eilat, here is the ID card of one of the girls, please do something...we can't do anything in a case like this," he wrote to Gopshtain, again asking that the matter be handled anonymously without referencing him as the source of information.

According to the indictment, Amichai knowingly misused the private details of a person and arbitrarily harmed her rights.

The Mitzvah of Settling the Land of Israel in Our Time

Settling the Land of Israel