Jerusalem Calatrava Bridge: Stringing It Up

Now that the mast is up the cords that will hold up the bridge are being attached: Here you can see how the cords connect to the bridge: 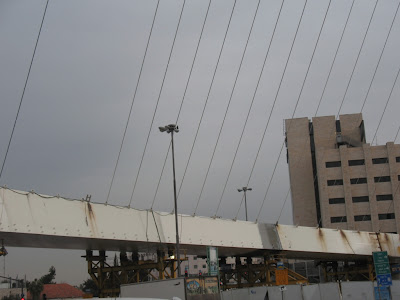 When all the cords get attached these yellow supports under the bridge will be taken away: 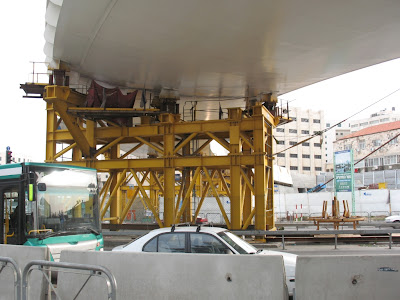 This Wikipedia article explains the engineering principles behind the bridge:

Similar to Calatrava's earlier (1992) design, the Puente del Alamillo in Seville, Spain, this subtype does not balance forces by using a symmetrical arrangement of cable forces on each side of the tower, but rather makes use of an angled cantilever tower loaded by cable stays on one side only, and consists of a single pylon counterbalancing the 360 metre span with lengths of cables. While this leads to a less structurally efficient structure, it makes a dramatic architectural statement.

Yes, it does make "a dramatic architectural statement", kind of like the Leaning Tower of Pisa. I hope these guys know what they are doing! 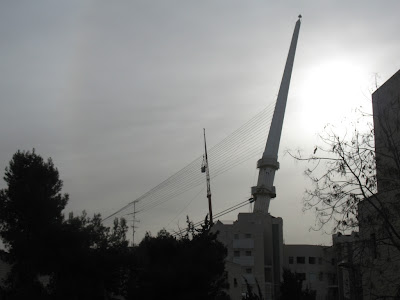