It is Good to Give Thanks to the Lord

MK Avigdor Lieberman after his acquittal: 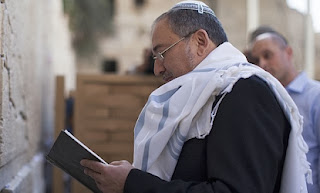 This sums up the situation:

Lieberman has been a target of investigation by the State Attorney's Office for about 17 years, causing many to see him as a victim of political persecution by the state's legal system. Suspicions against him have come and gone, he has been questioned by police, and so have his relatives – but nothing "stuck" until last year, when charges were finally filed in the matter of Ben Aryeh.

One of the witnesses who testified against Lieberman was his former deputy, Danny Ayalon. Ayalon told the court that Lieberman had expressed preference for Ben Aryeh when the tender for ambassador was issued. This alleged fact, combined with Ben Aryeh's admission that he had leaked information about another investigation to Lieberman, were enough for the State Attorney to charge Lieberman with criminal behavior.

The judges found "problems" with Ayalon's testimony, which was given after Lieberman fired him as deputy minister.