Egypt, under the leadership of Mubarak The Dictator, has sentenced a blogger to four years in jail. His crime was expressing his opinion:

An Alexandria court convicted an Egyptian blogger on Thursday for insulting both Islam and Egyptian President Hosni Mubarak and sentenced him to four years in jail over his writings on the Internet. 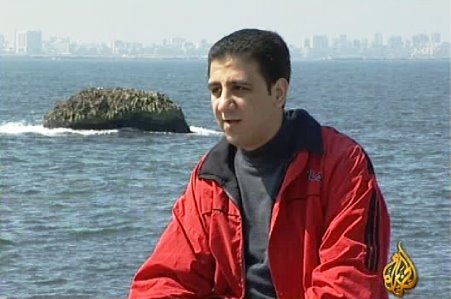 Abdel Karim Suleiman, a 22-year-old former law student who has been in custody since November, was the first blogger to stand trial in Egypt for his Internet writings. He was convicted in connection with eight articles he wrote since 2004.

Rights groups and opposition bloggers have watched Suleiman's case closely, and said they feared a conviction could set a legal precedent limiting Internet freedom in Egypt, the Arab world's most populous country.