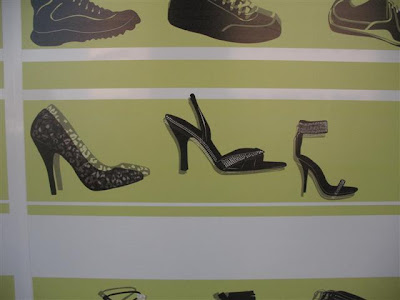 Is Height Important? People seem to think so. So much money is spent by so many trying to look taller. Does the Torah have anything to say about the subject?

In 1 Samuel Chapter 9 we are told of how Saul became king:


No doubt that Saul performed good deeds and had an exceptional personality. The verse lists his good traits, among them that "from his shoulders and upward he was higher than any of the people". He stood head and shoulders above everybody else! It is clear from the above passage that his above average height was one of the things that made him worthy to be king. He was made to be a warrior and a leader.

I think that it is a universal human trait that we associate height with authority. As children we grow up seeing all of our authority figures (parents, teachers etc.) as being taller than us. We apparently carry this trait well into adulthood. There are even those that say that it is a major factor in how Americans choose their president, that is to say that the taller candidate has a much better chance of winning.

One the other hand, some of Israel's Prime Ministers were exceptionally short: David Ben Gurion and Yitzchak Shamir being examples.

This is perhaps one of the difficulties of adolescence, going through the proverbial "growth spurt". All of a sudden the youngster may find himself taller than his mother, father, and teachers. It is weird "looking down" at these authority figures. Could this sudden feeling of being "big" be one of the causes of adolescent rebellion?

Obviously height is not everything. For King Saul, his exceptional height was not enough. Certain flaws in his character proved him unworthy to lead the nation of Israel.

Saul's stint as king was not successfully. When the time comes to anoint a replacement it is interesting to note what God tells Samuel:

7 But the LORD said unto Samuel: 'Look not on his countenance, or on the height of his stature; because I have rejected him; for it is not as man seeth: for man looketh on the outward appearance, but the LORD looketh on the heart.'

Don't pay attention to his outward appearance! While it doesn't hurt to be tall, height is not what is going to make a leader or break him. What do you really need to be a leader? King David tells the following to his son Solomon:

1 Now the days of David drew nigh that he should die; and he charged Solomon his son, saying: 2 'I go the way of all the earth; be thou strong therefore, and show thyself a man; 3 and keep the charge of the LORD thy God, to walk in His ways, to keep His statutes, and His commandments, and His ordinances, and His testimonies, according to that which is written in the law of Moses, that thou mayest prosper in all that thou doest, and whithersoever thou turnest thyself; 4 that the LORD may establish His word which He spoke concerning me, saying: If thy children take heed to their way, to walk before Me in truth with all their heart and with all their soul, there shall not fail thee, said He, a man on the throne of Israel.

David is telling his son Solomon what Solomon would later write: "...a God fearing woman shall be praised". That's the main thing. With regards to being tall, it is like chicken soup: it may not help but it couldn't hurt.
Posted by Cosmic X at 4:53 PM