Alright, so this one isn't really such a mystery: 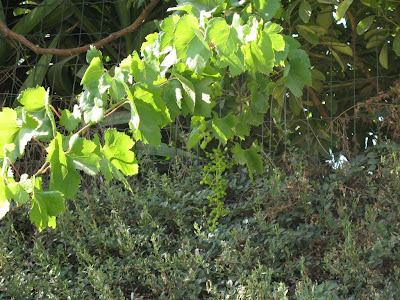 Update: Rafi got it right again! The grape vine, as is well known, is one of the "seven species" that the land of Israel was praised for(Deuteronomy Chapter 8):

Of course, the grape vine can lead to problems sometimes:

20 And Noah the husbandman began, and planted a vineyard. 21 And he drank of the wine, and was drunken; and he was uncovered within his tent. 22 And Ham, the father of Canaan, saw the nakedness of his father, and told his two brethren without. 23 And Shem and Japheth took a garment, and laid it upon both their shoulders, and went backward, and covered the nakedness of their father; and their faces were backward, and they saw not their father's nakedness. 24 And Noah awoke from his wine, and knew what his youngest son had done unto him.

And then you have this incident: 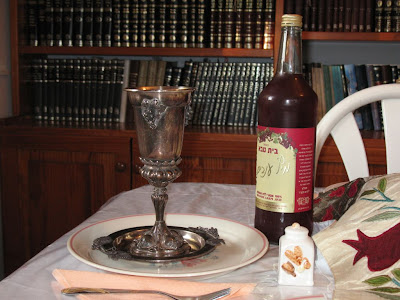 can't see it well because of the brightness, but looks like grape vine to me...

wow! I am such a horticulturist!!